JeuxOnLine: Hello Chris "Nirvelle" Meredith. You are the new lead designer for Secret World Legends. Can you tell us more about yourself and your career path?

Chris Meredith: Hello! I am an avid MMO player, first starting with Funcom’s own Anarchy Online back in 2005.  I’ve played most major MMOs since, as well as a number of more niche games.  Outside of the MMO space, I enjoy “weird” typically indie games – usually experiments that tell a story or explore an interesting mechanic.

As far as career, I joined the Funcom Anarchy Online volunteer program ARK as soon as I was legally able (age of 18), and spent a while helping out as volunteer QA, and even rose to the position of Director of the volunteer QA department.  A couple of months prior to The Secret World’s launch in 2012 I was hired as a Game Master (Customer Support) due to my time in the volunteer program.  Some of your readers who played at that time may recall meeting me ingame, via LiveChat or e-mail.

About a year and a half after that, The Secret World team moved from Montreal down to Durham North Carolina, USA.  I was moved over to development as a Gameplay Designer a few months after, just in time to help wrap up the release of the first section of Tokyo (aka Issue 9).  The 5 years since then have been an amazing whirlwind of new content, major features, and even the entire relaunch of the game as Secret World Legends!

As you have probably already heard, a few months ago the Game Director Romain Amiel stepped down to pursue another opportunity, and I was selected to step in as Lead Designer.  I’m incredibly happy to be able to take up this mantle and guide Secret World Legends into the future. 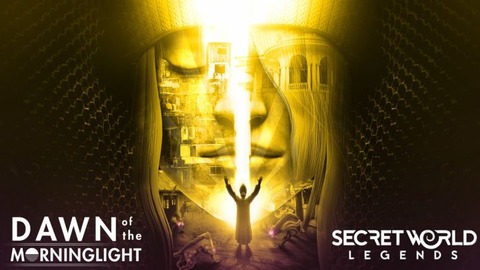 JoL: Before Romain left, he told us that next content update after the Dawn of the Morninglight would bring more content for the South Africa area. Can you tell us more about that future content?

We are going to be releasing a mission pack in the near future.  We don’t have an exact date right now: it is slated to come out after Secret World Legend’s first anniversary.

The pack will include a mission in New Dawn, but that will not be its primary focus.  We recently asked the community what thing they wanted most in Secret World Legends, and we shifted the focus of the mission pack to respond to the feedback we received from the community.  We’ll do a preview of the pack when we get closer to its release.

JoL: Moreover, can you communicate us what content we can expect this year - end of South Africa, beginning of Congo, Dark Agartha...?

At this point in time, we aren’t able to discuss anything concrete.  Our focus so far has been on the immediate releases – the anniversary event, and the mission pack.  We have a lot of possible directions mapped out, and are still considering which one would be the best to move forward with.

Whatever direction we go in, I just want to say, we will ensure that it meets the quality and storytelling standards that Secret World Legends is known for.

JoL: Development on Secret World Legends mostly focused on adding new story content. With the change of game director, will the focus remain the same or can we expect other content – dungeons, PvP, new weapons...?

Everything we release will enhance and add to the story, not just story missions – this is a core tenant of Secret World Legends, and one we have no intention to ever stray from.

We do want to continue the main storyline.  Making a new zone for the storyline is an enormous task, and one that would stall releases for an excessive amount of time.  We want to commit to a faster and more frequent release schedule:  One that tells aspects of the story through mission packs, events, expands on existing features like scenarios and dungeons, and adds new features. 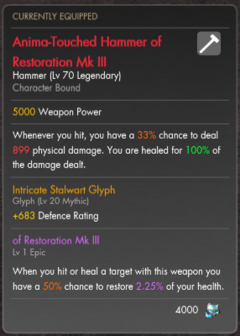 JoL: Secret World Legends has been released a year ago, bringing many changes and a new start from scratch for all players. Did the player progression in the game meet your expectations?

No Matter how much we try to overestimate, our players will always surprise us.  We were very impressed by how quickly players, both new and old, came into Secret World Legends and completed the content.  I think it is safe to say that the smoothing and changes made during the revamp were a success and made for an objectively better game.

JoL: What have you learn from that experience?

Even though release schedules usually don’t allow for it, it’s always a good idea to take a step back and look at every new feature and piece of content through the perspective of someone who isn’t a devoted fan.  Little things will stand out, like burrs on a bush.  Cleaning up those burrs is what takes a game from good to great.

A big part of the relaunch was, as a team, taking time to step back and look at the burrs and cleaning them up. 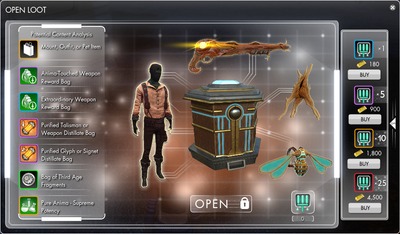 JoL: Soon after the release of Secret World Legends, it was said that we could expect new caches every 5-6 weeks. But, since Christmas, they changed only once, for the release of South Africa. Can expect soon some new caches or the return of previous one (like Agartha ones)?

The Anniversary comes with a cache of its own.  After that cache, we do plan to cycle back in the Agartha cache that was active prior to the Steam launch.  We will continue to make new caches of course, but depending on the reception of the Agartha cache may consider cycling in past caches.

JoL: Can you tell us what element in Secret World Legends you like the most? And why?

This is probably the hardest question!  It’s always hard to pick just one aspect.  My favourite thing about the game would have to be the missions.  Missions have such varied gameplay that it’s hard to find two missions that are similar.  And not a single mission about rat tails or boar teeth!  On top of that, each mission tells a different piece of the story, often in different ways.  If anything, the missions are the heart and soul of Secret World Legends.

JoL: If you could implement in game the thing you want the most, what would it be? And why?

Scaling zones.  It’s been a hot topic recently on the official forums, and one I have a lot of love for: being able to scale any zone up to a difficulty level that matches your character’s strength.  Being able to 1-shot everything is fun... for a little while, and then it gets boring.  Having scaling zones would let us make both new and old content accessible and interesting to both new players and existing hardcore players.  This is something I pushed for prior to the launch of New Dawn, but we simply didn’t have the tech for it.

Of course, I would also love to add the fabled Dark Agartha.  /mysterious 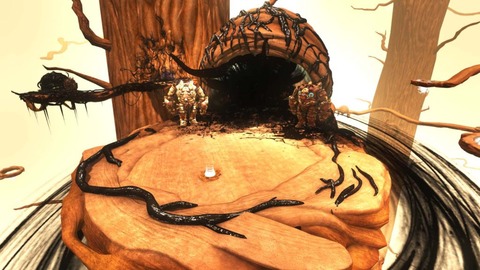 JoL: Do you have anything else you want to say to the French speaking community? Maybe an exclusive info?

We’re very glad to have you here with us, and hope you’re enjoying the game!

Given there’s already been some exclusive info earlier on, I’d rather not repeat myself ;)

JoL: Thank you for your time and your answers.